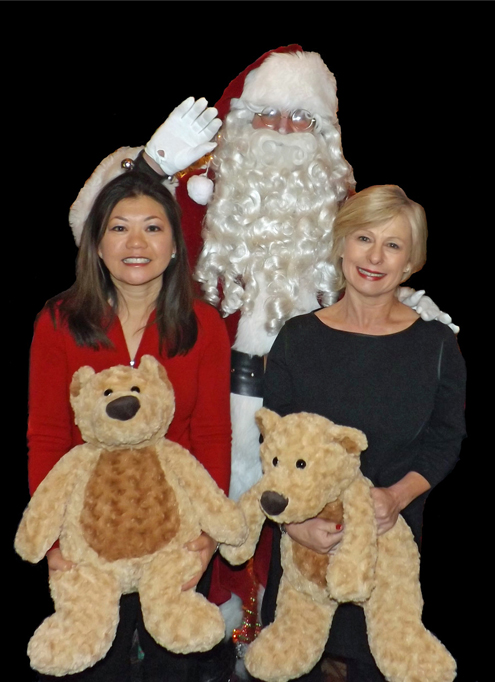 On Saturday, December 16, 2017 at 1:00 PM, kids of all ages and their families are invited to attend a special matinee screening of the Disney•Pixar animated feature “Finding Dory.” The screening of this popular sequel to the 2003 classic “Finding Nemo” will take place at the Sebastiani Theatre located on the historic Sonoma Plaza. The only admission price will be a new, unwrapped toy for the Toys for Tots toy drive in the Sonoma Valley. Since Toys for Tots is the official charity of the United States Marine Corps Reserve, Marines in dress blues will collect the toys at the door. Santa Claus is scheduled to make a guest appearance following the movie.

This will be the eighth year in which a special screening of one of Disney•Pixar’s animated features will be shown at the Sebastiani Theatre in support of the local Toys for Tots campaign. Although this event was not held last year in 2016, it is being brought back to life in 2017 due to the devastating economic effect the recent wildfires have had on many young families with kids this upcoming Christmas Season.

As many locals are aware, the Sebastiani Theatre played a small but important part in the early history of Pixar Animation Studios when the theatre was chosen to first premier the animated feature “Toy Story” for industry professionals. Coincidentally, in 1948 Walt Disney himself designed the Toys for Tots train logo, which is still used today. Walt Disney also designed the first Toys for Tots poster used to promote the nationwide program.

Former Marine Corps Captain and Sonoma resident Bob Leonard has been the coordinator for this event since 2009. He invites all who support Toys for Tots to attend the movie. “If you don’t have any children or grandchildren nearby to bring, it’s still OK to attend yourself and bring a toy for the Toys for Tots drive,” Leonard said.

If you are not able to attend the event, but would like to donate to Toys for Tots, you may drop off new, unwrapped toys at the Sonoma office of Pacific Union International Real Estate (located at 135 West Napa Street, Suite 200) or at the Synergy Dental Group office (located at 660 3rd Street West) before December 16th. Pacific Union International Real Estate and Synergy Dental Group are among the 21 Sonoma Valley businesses that have all generously volunteered as official 2017 toy drive campaign distribution points.

The toy drive campaign is being locally coordinated in conjunction with the Marine Corps League Detachment #686 in Santa Rosa. Marine Veteran and Sonoma resident Bryan Aubin is the 2017 Toys For Tots Campaign Chairman for the Sonoma Valley. His wife Shauna is the Co-Chairman. The local toy drive seeks to help Sonoma families first. If there is a local family in need, the Aubins will make sure they get a toy. Those looking to suggest a local recipient should email their request to bryan.aubin@gmail.com or phone 933-8997.

Toys not distributed to families in the Sonoma Valley are taken to Santa Rosa where the U.S. Marine Corps Reserve distributes them to the needy.

For more information about the Toys for Tots Foundation visit: www.ToysForTots.org.